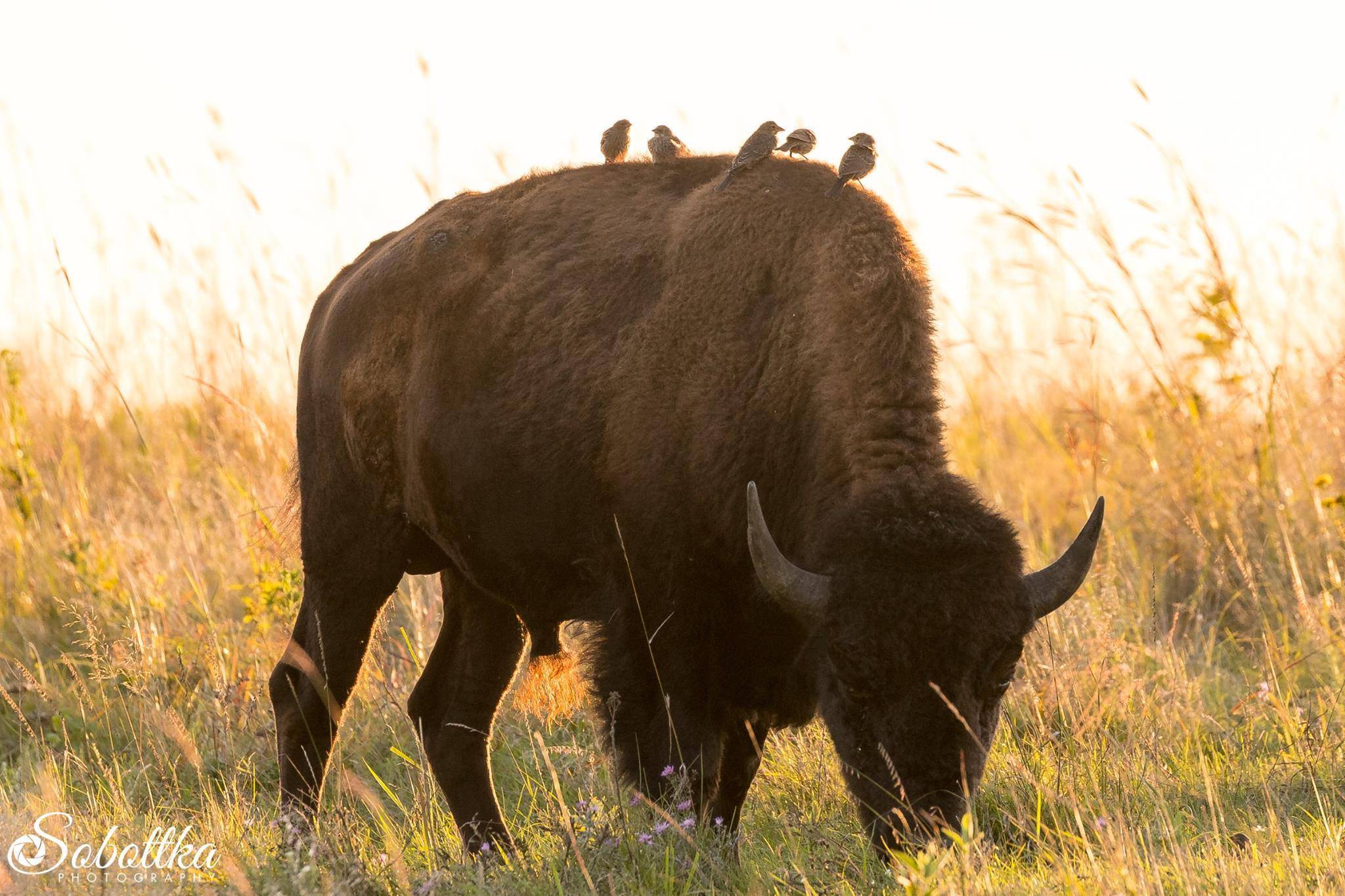 “I can’t even describe how incorporating bison have enhanced the landscape here. The quality and maturation of our prairie has been improved by 4x. The balance and abundance of insects, wildlife, wildflowers and grasses here is second to none in the country. Simultaneously, our management energy and costs have plummeted. All thanks to the bison.” - Justin Sykora, Land Manager @ Belwin Nature Conservancy of Afton, MN

Northstar and Belwin joined forces in 2008 in an effort to help the nature conservancy improve their degrading grasslands which, at that time, were being managed through the common practice of rest, burning and chemical treatment. They were losing the battle and the landscape was suffering greatly. Desertification (soil surface losing cover through receding vegetation), loss of native plant species diversity, invasion of non-native species demanding control through chemical intervention, minimal wildlife and insect prosperity and the list goes on.

Something had to change...

Belwin made the bold move to go against the modern, conventional grain (no pun intended but I’ll take it!) to introduce bison back onto the Minnesota prairie under the management of Steve Hobbs. Steve contacted us here at Northstar to see about working out a mutual agreement to provide bison for their prairie while under the watchful eyes of University of Minnesota students to observe interaction and grazing behavior. A mutually beneficial deal was struck and bison were slated for delivery in June. Justin Sykora was aghast at the decision. Justin recalls phoning the Conservancy to question the decision to essentially “flush all the years of management effort down the drain by introducing such destructive beasts.” Justin, admittedly thankful today, couldn’t have been more wrong. The bison’s positive interaction with the landscape is now being supported by science (imagine that). The fairly recent discovery of the phenomena of Mycorrhizal Fungi supports the challenges Belwin faced in managing prairie. (Bear with me as I nerd out a little here but it’s imperative to understand what is happening beneath our feet.) Mycorrhizal Fungi is essentially a “nutrient subway station” in the soil, transferring nutrients for miles to plants that need it, when they need it. There are now recorded “colonies” of fungi that encompass 20,000 acres or more! If a plant asks for copper on one side of the ranch, Mycorrhizal will hunt it down and shoot it over. Nature is designed to work in ways we can’t even comprehend! Tillage & chemicals destroy Mycorrhizal Fungi.

Bison have a bacteria ingredient in their saliva that “plants” Mycorrhizal Fungi as they graze.

The decibels of the insects resonating from the bison pasture now drowns out the hum of I94 a ¼ mile north. Wildflowers are prolific. Hawks, owls, coyotes, foxes and other predators hunt rodents the bison herd stirs up day and night. Whitetail deer frequent the pasture feasting on lush legume regrowth in the far corners of the pasture. Wild turkeys cruise through gobbling up protein-rich grasshoppers and crickets. Song birds perch on the backs of the bison as they graze picking off insects buzzing by. The bison? They’re feasting on this diverse salad bar, packing on pounds of muscle mass and bone density, to, in turn, provide people with the most nourishing food on the planet. That’s the cycle of life on the prairie. But it all starts with the bison. And it all ends with the bison. If we don’t consume bison, bison don’t have an economic provision to outcompete the corn field across the fence at Belwin.

Eating bison can also save your life.

Some of the feedback letters we receive from customers relaying the impact that incorporating 100% grass-fed bison into their lifestyle is enough to choke up a grown man. The impact is lifechanging. Ailments that people have dealt with their whole lives “magically” disappearing after committing to consuming clean, healing, 100% grass-fed and finished bison protein.

To be able to positively impact your own life while also supporting this magnitude of impact in places like Belwin’s prairie is incredible.

I challenge you to pick 1 morning this week to go out of your way to park in an obscure location (with your phone on airplane mode) for 15 minutes to ponder what our landscapes would look/feel/sound like with more bison.

It will be medicine for your soul.

Belwin is membership supported. If you’d like to become a member of the conservancy to explore and support the great things going at Belwin, click here.