Cow farts are a fairly recent pollution discovery that has become highly debated and quite misunderstood. Today, we reason the truths and fallacies of bovine flatulation. 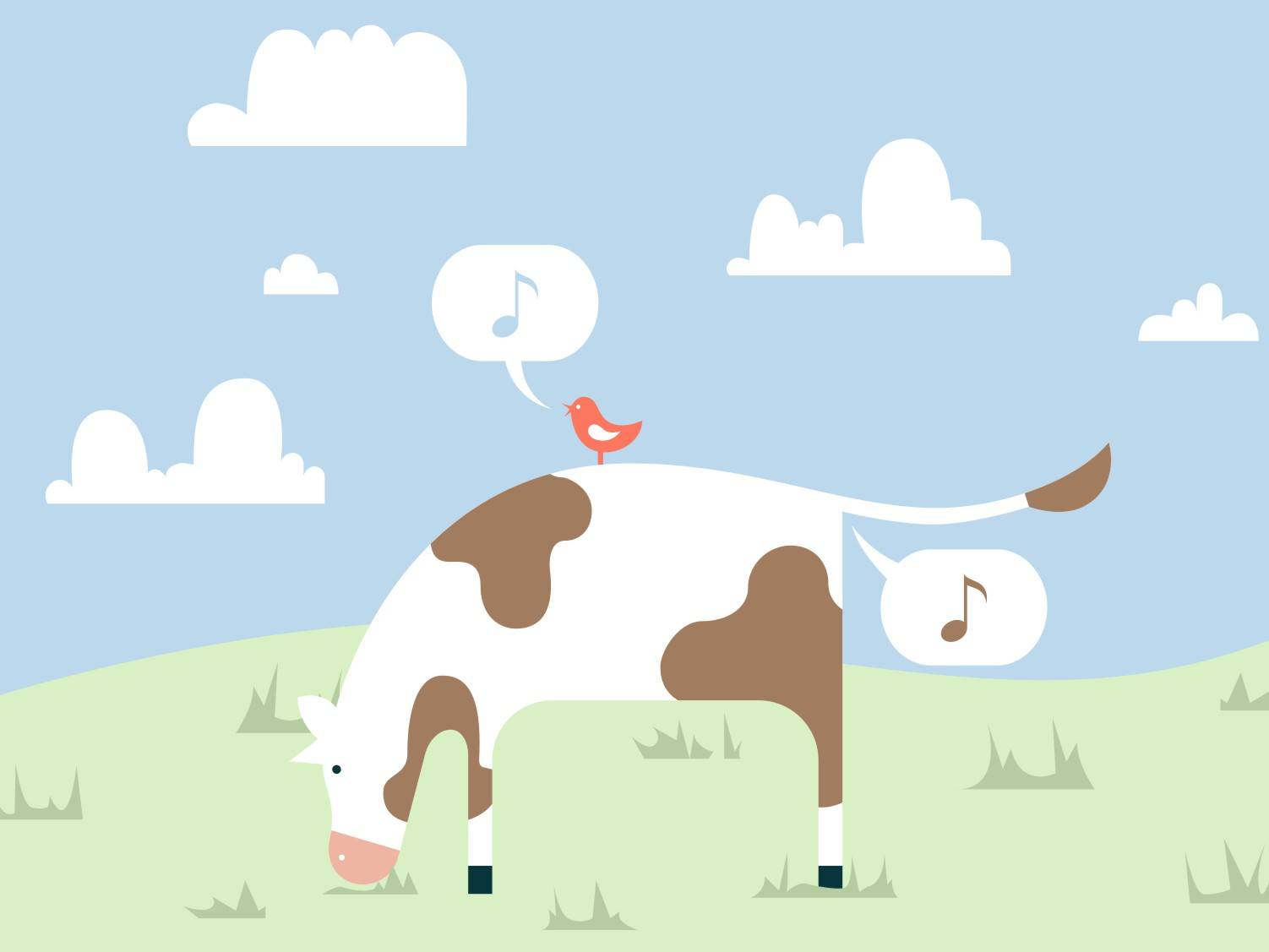 Hollywooder’s, concerned about our environment, laying blame on cows as a massive polluter of our atmosphere are correct... Excessive amounts of methane gas emitted by cows is dangerous and damaging. As with anything though, the devil is in the details.

Cows crammed in a feedlot and stuffed with grain have raunchy gas. This could probably be the end of the blog, but I’ll dig a little deeper.

Having worked on our slaughter floor, skinning and eviscerating a few thousand animals over a lot of years, I can tell you from first hand experience not all cows are the same. The cattle that come in for custom processing (custom cattle are cattle owned by other farmers that are custom processed and then the meat goes back to the farmer) that were fed a heavy grain diet, were acidic, putrid, and disgusting. Aside from the fat layered between every muscle group, heavy fat marbling in the muscle itself, and organs so encased in fat that it appeared the cow should have suffocated, they bloat extremely fast and their organs, stomachs and digestive tract contents stunk to high heaven.

On the other hand, animals that were grass fed their entire lives right up until the day they were harvested, have a mild aroma, an almost slightly sweet smell with a leaner, more muscular, fit carcass stature with fat in places and amounts you’d expect. A fine, rigid, healthy looking specimen.

When a grain fed animal was on the skinning cradle or dressing station, the room filled with stench. One didn’t even need to know the animals background to be able to tell it’s diet. We often have inquisitive visitors that want to come watch our unique harvest process and they’ll often comment on how much it stink as they assumed it would. The slaughter floor is surprisingly clean, getting rinsed down between each animal, sometimes a couple of times per animal. The rankness of acidic, decomposing grain and half-digested, fermented silage is what will turn your stomach inside out.

I’m no scientist but scientists confirm the toxic levels of methane emitted from cattle bowels. But it’s not the cow’s fault, it’s how they're being raised. Why hadn’t we discovered this sooner? Likely because there have never been as many cattle in feedlots as there are these days. A dark blanket statement cast over all ruminants is fairly easy to make when the vast majority of these “methane factories” are standing in feedlots or dairy stanchions, farting up a storm. Though, there is no real way to measure methane emissions from cattle (or bison) on pasture, the factors are known and add up much differently than feedlotted cattle (or bison).

Consider this for a moment, prior to the great western settlement, there were quite likely more bison and merriam’s elk (now extinct) roaming the prairies than there are beef cattle now. If they were the problem, we would have inherited this issue.

It is the absolute difference between constructive and destructive for our planet and our bodies.

*The oil industry is #1 polluter. The #2 polluter of our planet’s atmosphere is the textile (clothing manufacturing) industry.

** ”The Green New Deal may eliminate burgers and milkshakes as we know it.”

As scary as that sounds, that just might be alright.

The Green New Deal has it’s sights on CAFOs & Feedlots which are both liabilities to our environment and public health. Those of us working with nature to recreate her natural cycles recognize something needs to be done but also fear being lumped into those categories and subsequently burdened with heavy, irrelevant regulation. So, we remain vigilant and fight for the way nature intended.