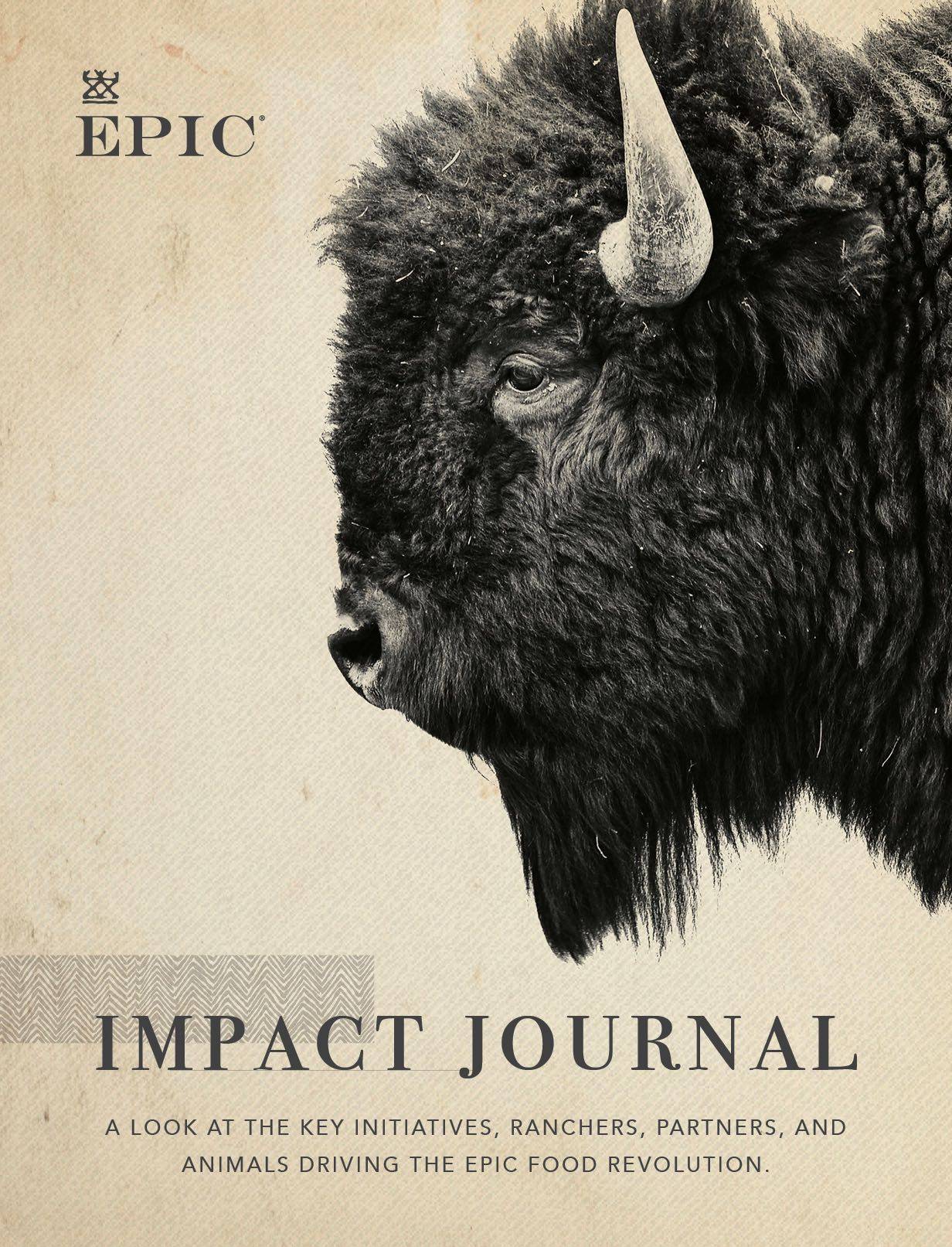 We’ve been supplying a company called EPIC with 100% grass-fed bison for their various snack products (which are excellent by the way) for 3 or 4 years now and have had the privilege of a front row seat in watching them grow. EPIC has become a driving force, a catalyst, in burgeoning the ‘Food Revolution’ as it’s being deemed.

Modern Ag has sunk to a new low over the past decade, producing food that when analyzed can barely be regarded as such. In fact, a recent study was done on an orange and it contained 0% vitamin C. I repeat, zero percent. How does that happen? Through genetic modification to produce a faster growing/maturing fruit without regard for nutrient density. You see, an orange’s value in the marketplace is not based upon its nutritional value.

Not all oranges are equal.

The orange is the example in this case but this issue is widespread and epidemic in all sectors of agriculture. Money is on the line so companies are willing to cheat, lie and steal in order to hold market share through keeping consumers distracted and uninformed.

Monoculture, chemicals and confinementis the sum of our modern food production system.

EPIC has been tenacious about swimming upstream, fighting for truth and honesty. For their supply chain, they’ve sought old fashioned, ‘front-lines’ agriculture families still producing food the way our ancestors did.

EPIC just released their first editionImpact Journal which highlights the efforts and accomplishments of a handful farmers and ranchers who’ve gone above and beyond. The stories are inspiring and informative. There are plenty of challenges that lie ahead but none that can’t be overcome with additional determination and consumer support. As a young lady who’s a 3rd generation turkey farmer in California states out in the journal; “...I think it’s a cause worth fighting for. After all, it’s your food.”

The journal is well written, extremely enlightening, highly thought provoking, perspective challenging and incredibly inspiring. This is a great piece for the coffee table or breakfast bar. Put it where guests will pick it up to scan through it, you’ll want them to!

Contact EPIC to get a copy for your coffee table.