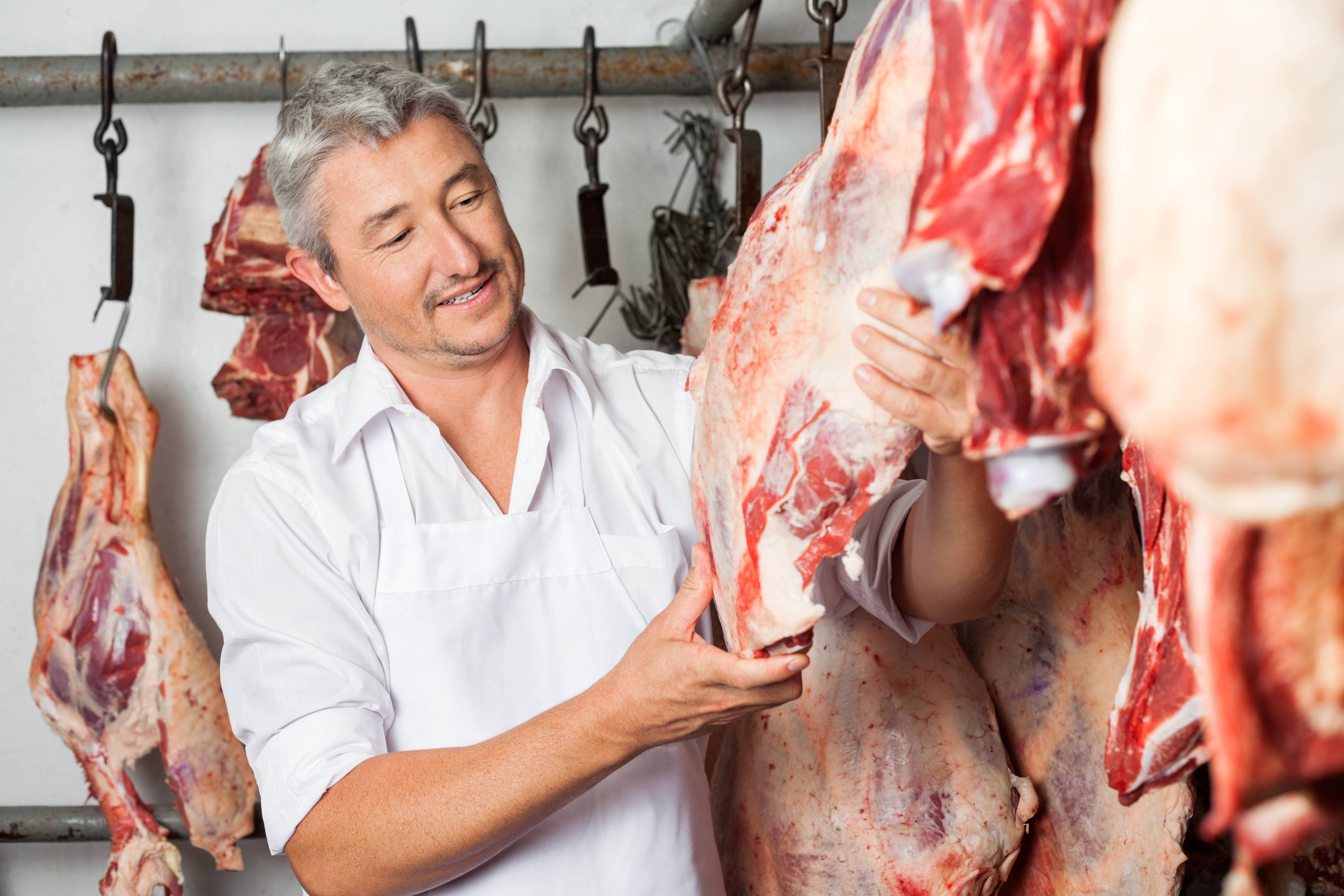 Recently coming across a lively post on social media from a well-respected healthy living authority giving ill advice on how to determine whether meat is fresh or not, made me pause, recognizing how little knowledge is out there about the topic. I proceeded to read comments from, now, misguided followers, mouth agape, hand on forehead. No disrespect to anyone, it’s just a black hole of public knowledge many of us want to understand because it is the food we put in our bodies.

Food safety departments are largely a bandaid for conventional food production systems. 90% of the meat available today is raised on an unnatural diet in unnatural environments producing abnormal amounts of bad bacteria and far less good bacteria within the animal, creating a perfect opportunity for e-coli and salmonella to run rampant. Due to the subsequent rise in food safety risk, food safety departments have taken steps to, to the best of their ability and at nearly any cost, greatly reduce the risk of foodborne illness to consumers. Their most viable options to accomplish the task they’re responsible for is safe food handling education (basically, wash your hands well and cook everything to death) combined with chemical preservatives and treatment processes like radiation that essentially sterilize the meat, killing the bad bacteria while also destroying nearly all the nutritional value within the food and consequently wreaking havoc on our bodies. They’ve essentially thrown the baby out with the bathwater. Food safety departments are responsible for keeping us from getting sick, not making us healthy.

Dovetailing off this evolution in our modern food system, comes the science behind making food look extra appealing. While safe-handling practices of always keeping meat cold play a significant role in good presentation, the addition of particular gasses or sodium nitrites accomplishes that mouthwatering freshness our eyes have become trained to look for.

The “fresh” meat in the case at the supermarket pops bright red. Why? Because it is simply exposed to ample amounts of oxygen and not necessarily because it is super fresh. How many beefers do you see standing out behind the deli that their “fresh” beef comes from? While the meat is fresh in the sense that it has never been frozen, it is still a week to a month old by the time it comes off the delivery truck in a box to the store. The meat is a drab reddish, brownish, purple in the package but when you open the package and cut a steak, it is exposed to ample oxygen and, at that moment, what is known as “bloom” begins to occur. Bloom refers to the growth of bacteria as it enters a hyperactivity stage that takes place when it is exposed to oxygen and turns the exterior of the meat bright red. Bloom is the natural beginning stages of decomposition. Understanding this process better, you can see how meat darkening from the outside in is counter to the early stages of natural decomposition.

**To experiment with this process, you can take a package of raw, uncooked, vacuum-sealed meat out of the package, set it on a plate in your refrigerator and come back in an hour.

We are naturally drawn to this beautiful, bright red color, so, science has found a way to make it happen in the package, which is where things get scary. Sodium nitrites accomplish this process nicely while simultaneously, because it is sodium, enhancing the flavor profile. However, I can’t describe nitrites any better than a lightning-fast google search for sodium nitrite in food:

The preservative sodium nitrite fights harmful bacteria in ham, salami and other processed and cured meats and also lends them their pink coloration. However, under certain conditions in the human body, nitrite can damage cells and also morph into molecules that cause cancer.

To many of you, this is no surprise. As a result, times are changing. The, now abundantly popular, naturally-occurring nitrites found in celery, have been concentrated into juices and powders to add to cooked products to accomplish the same goals as sodium nitrite under a different, more accepted label. If sodium nitrite is as harmful as google says, would nitrite concentrates from celery be a “healthy” alternative? One representative of a large processor of cooked and cured meats said in a recent conversation with a chuckle, “We’ve quit using sodium nitrites and are now using celery powder by the boatload. And business is booming again!”

We ask; If it lasts a conveniently-long time on the shelf without spoilage, maybe it’s not food anymore?

Vacuum packaged hamburger with that iconic “fresh-meat-pop” is either infused with oxygen and other gasses at the time of packaging, known as “modified atmospheric packaging”, or ground with dry ice pellets to maintain an ideal grinding temperature for color purposes.

The result of using none of the above methods is more drab, boring colored meat that can spoil quicker because it contains significant amounts of good bacteria that our stomachs so desperately need for the digestion process.

We, at Northstar, operate through and through by our “As Nature Intended” filter.

What are the ways that nature naturally preserves food? An environment devoid of oxygen (think fossils), cold temperatures that slow molecular activity (putting the bacterial army in dormancy) and drastic reduction in moisture content (think jerky) are nature’s ways of preservation. We manage our cold-chain from the time the animal is harvested with obsession. We cut and ship our fresh orders within 24 hours of the carcass being broken down, putting the meat in your refrigerator within 48 hours (:0 ← surprised emoji if possible). We then quickly freeze the remainder of the ground, cuts, parts and pieces for frozen inventory. The result is freshness, not the appearance of freshness.

The latest trend or fad may win in the short run but nature’s way cannot be outdone or overcome. There is intelligent design and purpose for everything within. Slick science can cut some corners for a little while, simplifying marketing with room temperature shelf stability, pretty looking meat in a deli case or by appealing to taste to keep the customer coming back.

Our goal is consumer education. We are not here to arm wrestle opinions. We’re here constantly seeking the truth, always desiring to be the student understanding the ‘whys’ of the mainstream and the ‘whys’ of nature, not to become like anyone but to be fixed on our ‘Northstar’ (apologies for the cheesy pun but it is true) and help educate others about their food out of care and compassion.

To break the laws of nature, breaks the natural cycle. Imagine that.