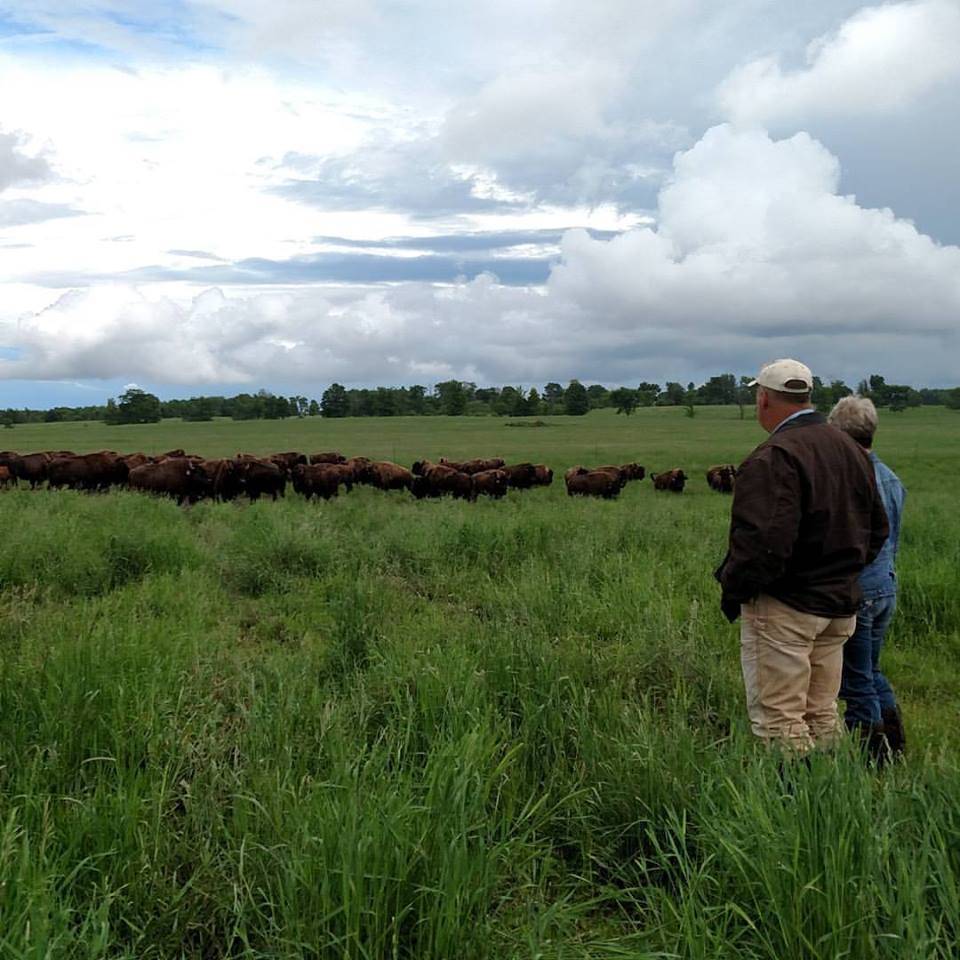 In the Beginning, there was a Dream

Northstar Bison was founded in 1994, but began long before that.

Lee Graese, founder and co-owner with his wife Mary, has had a fascination with this majestic animal since his early boyhood. Lee read countless books about the old west and how bison was an integral part of every facet of life on the prairie. Lee’s fascination eventually grew into a dream... a dream to one day own bison. Lee’s dream came to life in the early ‘90s when he and Mary purchased a bison heifer calf and a 2 year old bison bull from Blue Mounds State Park in southwestern Minnesota. However, Lee did not realize where his dream would take him and his family.

Lee and Mary have backgrounds in powerlifting (Lee actually set an American Record in the deadlift in 1983 while being instrumental in starting the American Drug Free Powerlifting Association, combating the rampant steroid use of the day), dietetics, health clubs, as well as coaching and training professional athletes.

Shortly after purchasing their first two animals, Lee and Mary began to understand the nourishing benefits bison meat, particularly when they’re raised on their native diet, in their natural habitat. Something that was lacking in the diets of many high-level athletes.

Mary began to reach out to friends and family, letting them know about this incredibly nourishing protein. Advance orders were placed and the fall of 1997 yielded our first bison ready for harvest. Our deep, utmost respect and desire to provide an honorable harvest to further dignify the life of our first born calf, birthed our very first field harvest. The meat was processed and orders were filled. Rave reviews followed which spurred us to continue the journey.

I was in 2nd grade when we bought our first 2 bison. Over the next few years, Mom, Dad, my sisters and I spent most of our waking moments (while we weren’t in school) building fence, making hay, filling water tanks, thawing frozen water tanks, rolling out hay bales, fixing fence, hand cutting invasive weeds, or just sitting with the bison.

Since those early days, a lot has changed. And a lot hasn’t changed. Our focus and principles around deeply nourishing our friends and family by raising these animals as nature intended while maintaining our respectful, zero-stress field harvest.

Dad’s dream has grown to encompass thousands of acres of rolling grasslands, a couple thousand roaming bison, several additional ranching families, our own processing plants, as well as a growing team with a continued deep commitment toward our foundational principles of raising the most nourishing proteins nature can provide.

Dream big. You never know who your dreams might bless.