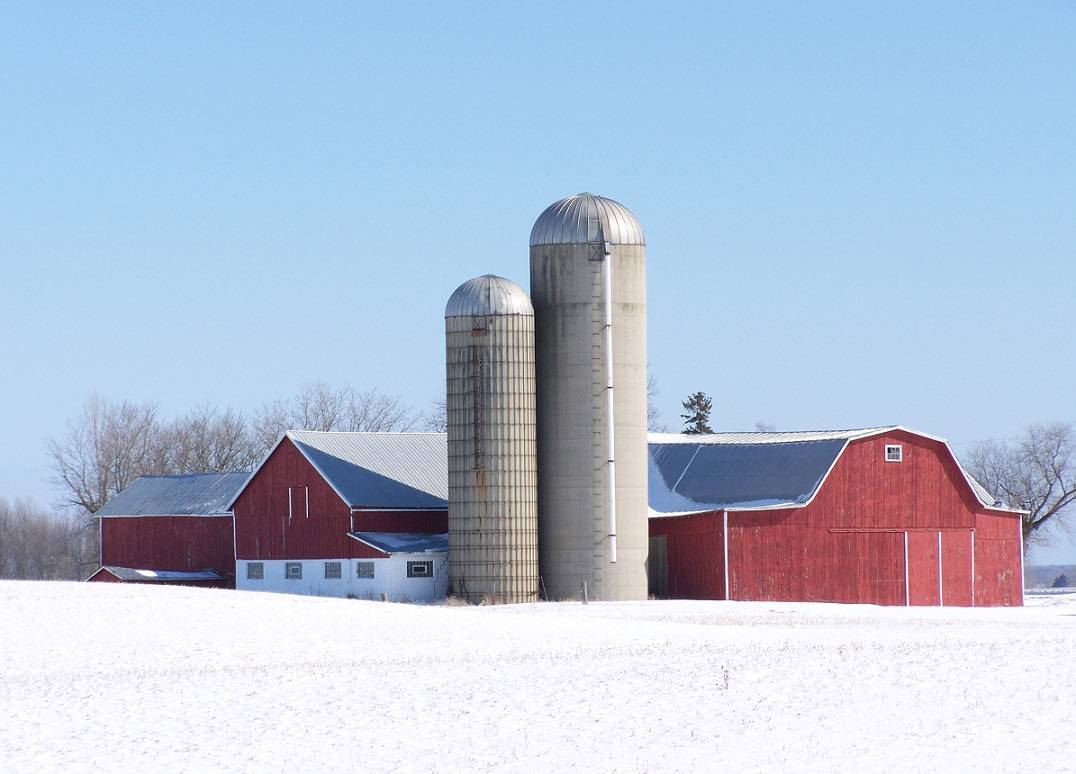 What was once lively and teaming with life now sits hollow and empty - is this "bettering" ourselves?

It was bright and beautiful the other day as I was driving along, taking notice of the farms and fields around the countryside here in wonderful Wisconsin when I was struck by the stark reality of disintegrating buildings. Barns in particular. Each vacant barn representing an extinguished hard-earned lifestyle. One after the next... Eventually, I couldn't help but pull over and start taking photos with each farm I passed.

Most of these barns were built decades ago when farmers milked and ran livestock for a living while raising crops to feed their animals and sell excess grain to the local feed mill. The farm was a thriving place, teaming with life. Children, chickens, cows, calves, cats, crops, cocka-doodle-doos. Sun-up til sun-down busyness. Producing food and goods for their family and neighbors around while making a living as a community.

Now, they stand empty. All were the same, vacant and crumbling. One was in process of being bulldozed. Another pushed into a hole and smoldering. But the earth was in process of reclaiming most of them. A few were yard ornaments, a mere memory of what was. The cow yards have turned from fenced "playgrounds" to overgrown jungles or sterilized cornrows managed with chemicals. Both mom and dad work away from home as the farm sits quietly. Empty. Hollow.

While at home or on the streets, our children search for purpose. For something to do. For something to call their own. For something to be proud of. For them to know they know what it means to work hard, only to see it fail. To know they did their best and learned from it. To be better the next time around. To learn this before it's too late. To know the feeling of mastery. To find what they love. To know what they do not like yet appreciate it, knowing it's an important part of life. To have passion. To watch the sun set on a long day's work, still have a couple hours left to go, yet be excited about sunrise. To know the impact they can truly have on the world around them. And to know what is out of their control.

We're slowly losing something. How did this happen? What has changed? What for? Have we as a society benefited from this drastic shift in our rural culture? The fundamental roots of society? Is there anything more fundamental to life than wholesome food and clean water? Commodity and modern agriculture fit together like a hand in a glove. Mass produce for cheap and ship it around the world faster to beat out the "other guys". Molesting our natural resources for financial gain and while "bettering" ourselves. The fields are still full of growing grain. Every acre being utilized. But for what? Livestock are few and far between.

We continue down the path of chemical industry breakthrough that allows you to farm more acres, easier, for cheaper, in less time. And for what market? Livestock packed in feedlots? Genetically engineered food for human consumption? It seems indicative of our societal obsession, the race to the bottom. Who can produce the most, the fastest, the cheapest?

It drives innovation. Innovation at the expense of soil health, human health, animal health. Is this what has truly happened? But what about our neighbors? What about our own families? What are we feeding our families? Who raised it? Was it done with care, compassion, respect? Like your grandfather likely did? How do you know? We as a society have taken our food supply for granted. Bigger, faster, cheaper. To beat the other guy.

Is cheaper better? Are empty barns better? More acres, less farmers. Consolidation at an alarming rate. How do we begin the shift back toward agri-culture? How do we keep our farmers producing wholesome food? How do we find purpose and a livelihood that transcends the next generation? Do we have the power to change? To recognize the path we're on and change course?

By in large, farmers will only produce what a consumer asks for. As a consumer, demand better. But what is better? That is best determined on your own, sometimes found by what it is not. Cheaper and easier is rarely better. In fact, cheaper is not cheap. Cheap comes from somewhere, likely your’s or your children's future.

Northstar is passionate about the future of rural farm families of old. We take great pride in supporting our neighbors who are producing wholesome foods to the highest standards. Ones you’d be proud to support. Those fighting for the greater good. Those unwilling to succumb to the short-term rewards of consolidation. A rural grass-roots agri-culture revival is swelling in our country. No longer settling for cheaper but choosing to deeply nourish our minds, bodies, souls and grasslands with food produced as nature intended.