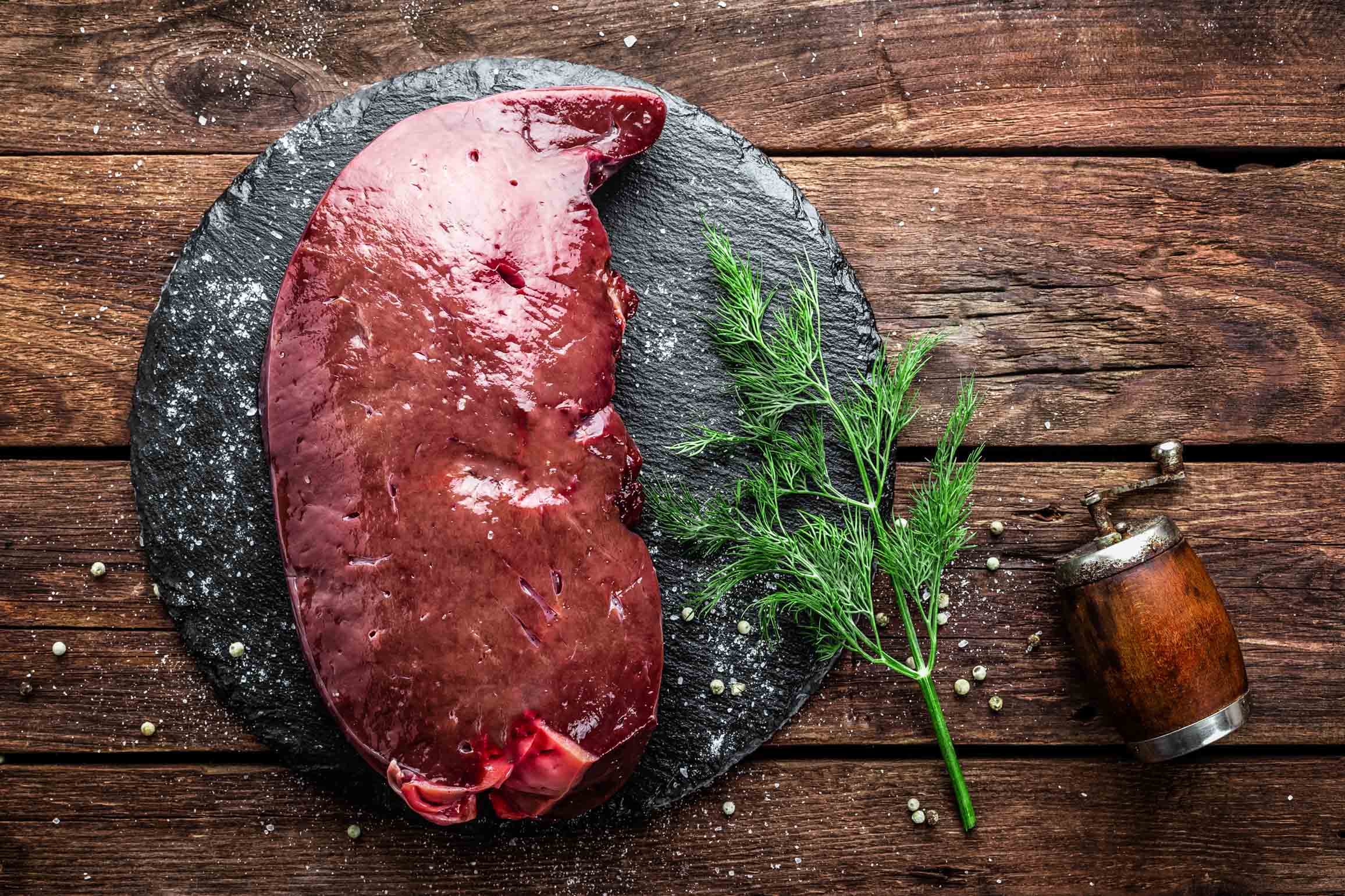 The Benefits of Eating Liver

It may look strange to us served in dark slivers over a bed of golden sautéed onions, smelling strongly of minerals and separating all too easily under the clip of a fork, but just 100 years ago, liver was a very common food in many American diets. Baked, sautéed or ground, liver recipes once filled the food-stained pages of beloved household cookbooks. Somehow they have hauntingly disappeared without a trace.

Now, many of us walk rapidly past the strange hunks of maroon meat at the grocery store, or stop to gawk at the odd plastic wrapped stuff, only to grip our carts and speed away as a wave of nausea hits. Although eating organ meats has largely fallen out of favor in popular modern cuisine, these sacred foods contain a wealth of important nutrients that are just incredibly nourishing. Here are some common questions about mysterious liver answered, with some ideas on how to reinstate it into your diet.

What nutrients can I find in liver?

Gram for gram, liver is one of the most nutrient dense foods available to us. It contains a large amount of high-quality protein, an easily absorbed form of iron, all of the B vitamins (including B12 and folic acid in significant amounts), balanced quantities of vitamin A, many trace elements and minerals including copper, zinc, chromium, phosphorous and selenium, essential fatty acids EPA, DHA and AA, as well as the powerful antioxidant CoQ10.

I thought that the liver filters toxins. Are animal livers dangerous to eat?

While it is true that one of the liver’s functions is to act as a filter for toxins, it is not a storage place for them. Once the liver has identified the toxins, they are marked to be excreted via the intestines or kidneys. If there are too many toxins to be processed, they generally accumulate in the fatty tissues and nervous system of the animal. Thus when considering any animal product it is of utmost importance to make sure that it is purely grass-fed and from a trusted source.

Are there risks of vitamin A toxicity from liver?

As a sacred superfood that has been celebrated for centuries, liver is one of the best sources of balanced, naturally occurring vitamin A and its fat-soluble cofactors. Vitamin A is an important catalyst for many biochemical processes in the body and is absolutely essential for nutrient assimilation, bone development and fertility. Many experts believe that modern diets have left people largely deficient in vitamin A, contributing to poor vision and weak immune systems across the population. Yet, as with anything, too much of a good thing can cause harm. Recent hype and concerns over vitamin A toxicity have stemmed from studies using high doses of synthetic vitamin A in concentrated doses, which were linked to compromised bone health and development in subjects. These isolated forms of vitamin A however, did not contain the naturally co-occurring fat-soluble vitamins D, E and "X-Factor" K2 found in liver and other whole foods, which are vital for vitamin A metabolism. Based on the work of Weston A. Price and others, experts have estimated that hearty primitive diets high in organ meats included roughly 50,000 IUs of vitamin A per day, while the RDA is set at a measly 5,000 IUs today. It is important to consume vitamin A from whole foods like liver, which offer a balanced nutrient profile and are safe, prepared as nature intended. Also, it is also important to note that contrary to the popular misconception, the beta-carotene found in greens and other plants is not actually vitamin A- it is a preformed version of which only an average of 8% is converted for use in the body. Active vitamin A is thus only found in high quality foods of animal origin.

What's the best way to incorporate liver into my diet?

In a culture where we are used to consuming primarily lean muscle meats, many people find the taste and texture of liver difficult to tolerate. Traditionally, liver was used in a myriad of dishes from puddings to dumplings to meat pies and sausages. Many peoples highly valued eating raw liver! If you are looking for some recipes to get you started, Nourishing Traditions presents several preparation methods in an informative and practical way. In this innovative cookbook you will also find advice on how to purchase organ meats.